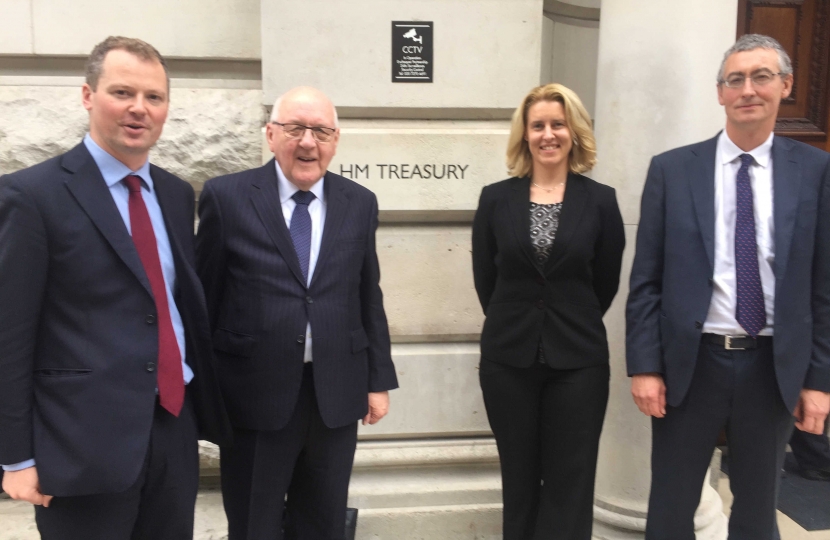 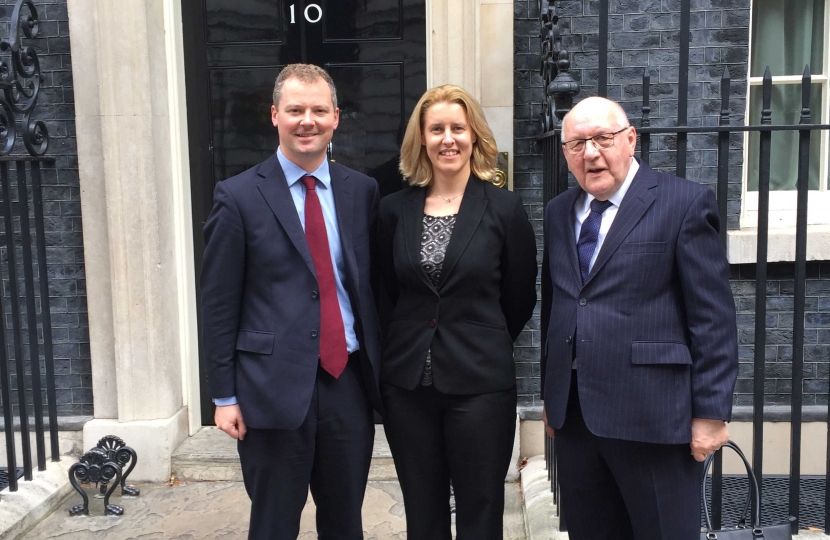 Neil O’Brien, MP for Harborough, Oadby and Wigston, has taken the campaign to get fairer funding for Leicestershire to the heart of government, taking Leicestershire County Council officials to meet key decision makers in No.10 Downing Street and the Treasury.

Mr O’Brien, along with Deputy Leader of the County Council Cllr Byron Rhodes, presented proposals for a simpler, fairer system of local government funding to officials working on funding reform in Downing Street and the Treasury.

At present Leicestershire is the lowest-funded county in the country, and even receives less funding than other areas that are relatively richer. This is because funding is based on a complex formula and historic allocations which don’t take account of up-to-date information on the needs of different areas. London authorities particularly gain from the historic formula, as the capital has become dramatically wealthier over time.

Neil O’Brien MP said: “The current system is unfair and central government funding doesn’t reflect the different costs different places face. It was great to be able to go and directly put our case for fairer funding to the officials who are working on this in the heart of government.”

Cllr Byron Rhodes said: “We’ve had a hugely productive meeting with the PM’s advisors and hope to carry the discussions forward to achieve fair funding in the not too distant future.”

For too long, Leicestershire hasn't received a fair share of funding compared to other parts of the Country.

The funding formula is not transparent and is out of date.