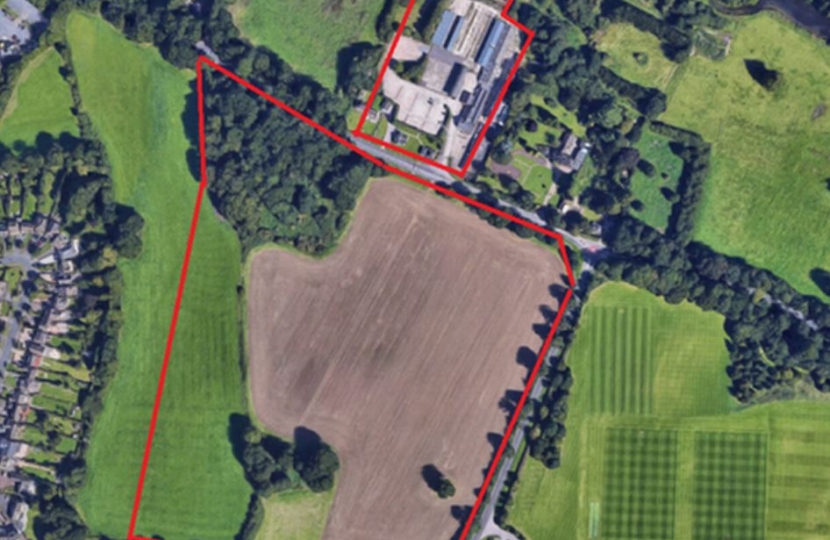 Neil O’Brien, MP for Harborough, Oadby and Wigston, has raised concerns over plans to develop 300 new homes on the corner of Gartree Road and Stoughton Road in Oadby, following a survey of local residents in which 70% voiced their opposition.

The land was earmarked for new homes by the Council in their draft local plan, and a planning application has now been submitted by the Co-op who own the land.

The survey was distributed by Neil O’Brien MP to residents in the local area, and received approximately 700 responses. 70% said they were opposed to the plans, with 15% being unsure and only 15% in favour. Primary concerns raised included the potential to worsen existing traffic and congestion issues, the lack of local amenities, and the proximity of the development to existing houses.

Neil said, "The overwhelming majority of local residents are opposed, so if council listens to residents they will not allow his development to go ahead.”

“Looking at the detail of what the developers are proposing here I'm really shocked. This is a really large prime site and would make a stack of money for the developer if the council allowed it to go ahead. So there is no need for so many of the proposed new homes to be built so close to existing residents.  I'm also amazed that no community amenities like schools or medical facilities form part of the plan. This is a big site and a rare opportunity to get new facilities. The developer could surely afford to offer the community much more here give the huge profits they would make.”

“Oadby and Wigston council have now agreed an extension to the consultation, meaning residents now have until the 7th June to submit comments. I would encourage all residents to comment as part of the process to ensure their voices are heard. This can be done by visiting their website, or emailing comments in to planning@oadby-wigston.gov.uk.”

The Leicester Mercury article can be found here: https://www.leicestermercury.co.uk/news/leicester-news/shocked-mp-neil-…