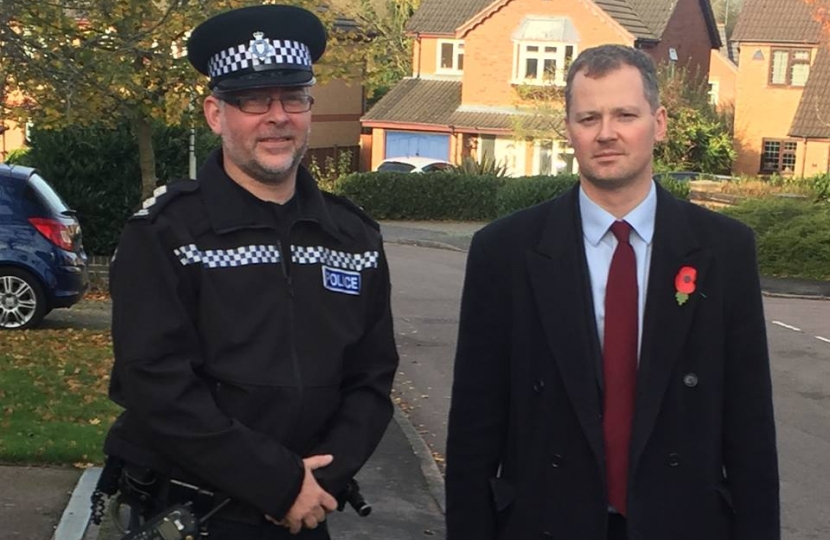 Neil O’Brien, MP for Harborough, Oadby and Wigston has met with local police and victims of the Oadby burglaries to discuss what can be done to put a stop to these recent events.

The police have now launched an operation (Op Halve) in which they will increase resourcing in Oadby, bring in officers from outside the area, including the force’s “Impact teams”. They have also started more night time patrols, and have new plain clothes officers in the area.

I and the head of our local police will be at a community meeting to discuss the next steps at Woodland Grange primary school on 23 November at 7 PM – the purpose of the meeting is to get an update from the police on their operation but also to get people signed up to neighbourhood watch and get more leads flowing into the police.

The police say these things can make a significant difference - I hope to see you there.”