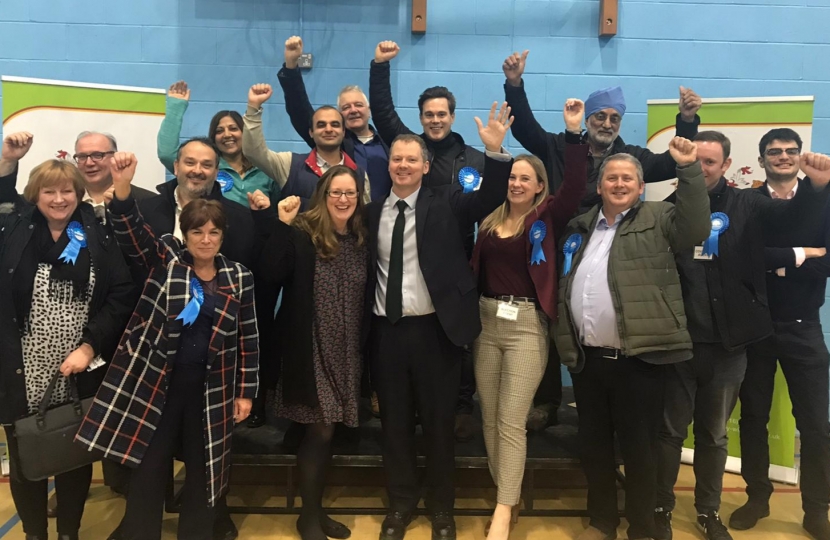 Neil O'Brien has been successfully returned as the MP for Harborough, Oadby & Wigston, following on from the 2019 General Election.

The count ceremony was held at Parklands Leisure Centre in Oadby, with the result being declared at approximately 4am on the 13th December 2019.

Neil said, "I'd like to thank everyone who voted for me to be returned as their local MP. It's been a huge honour and privilege to serve the constituency since 2017 and I'm delighted to be able to continue in this role.

I'd also like to thank everyone who supported my re-election campaign, particularly in the often challenging weather we had.

I'm looking forward to getting back to Parliament to get Brexit done, invest in our public services and reform our broken planning system."

Neil O'Brien, MP for Harborough, visited Foxton Locks in the constituency, which included a unique opportunity to actually enter the drained locks.