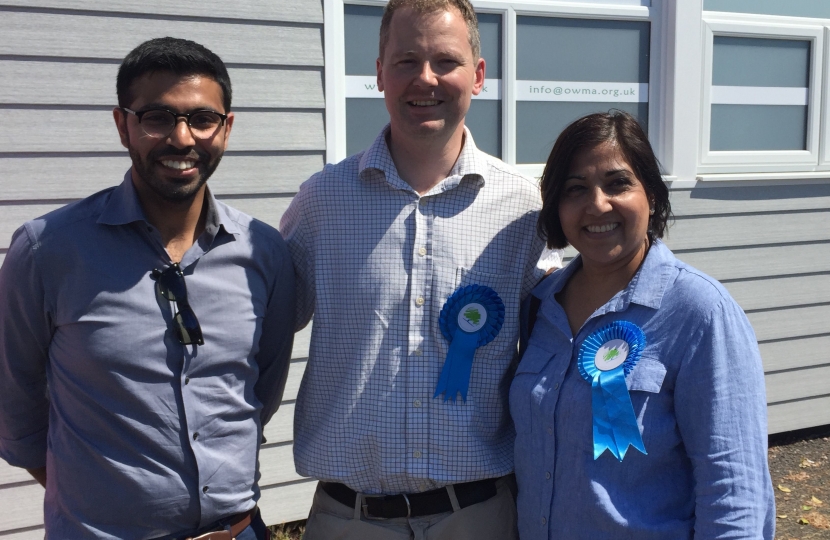 I and the team were up at Oadby mosque yesterday - meeting worshippers and the Imam, and later also local muslims from businesses here.

Sadly, since the Manchester attack a few idiots have had a go at Muslims in the street - there's some horrendous footage online of women and children being abused. Those doing it probably don't realise they're doing *precisely* what the terrorists want them to do: to set people against each other.

Needless to say, British muslims are appalled by the cowardly attack on innocent children, which is against everything their religion teaches. There have been vigils for the victims at a number of local mosques. If elected I will work with all the different faiths here and help make sure we stay united as one Britain - against both terrorists and the idiots who play into their hands.