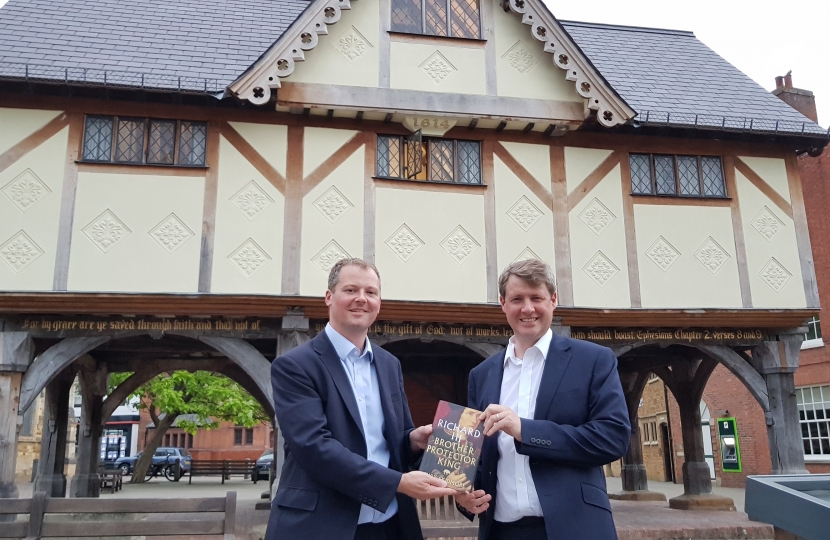 On Friday 6th July, Neil O’Brien MP for Harborough, Oadby and Wigston hosted Chris Skidmore, MP for Kingswood, and critically acclaimed author of Richard III: Brother, Protector, King in Market Harborough to hear him speak and answer questions before an audience, regarding his book on King Richard III.

The biography offers an objective documentation of Richard III’s reign as king, whose remains were found under a Leicester car park in September 2012. It has also been celebrated by critics in the literary world such as The Wall Street Journal, who described it as ‘highly readable.’

Neil O’Brien MP said, “The discovery of King Richard III’s remains in Leicester was monumental and the biography no doubt sparked further interest in the historical significance of his reign. I was fascinated to hear Chris speak with such detailed knowledge in Harborough, and I welcome his generosity in sharing it with I and other members of the public at the Old Grammar School in Market Harborough."