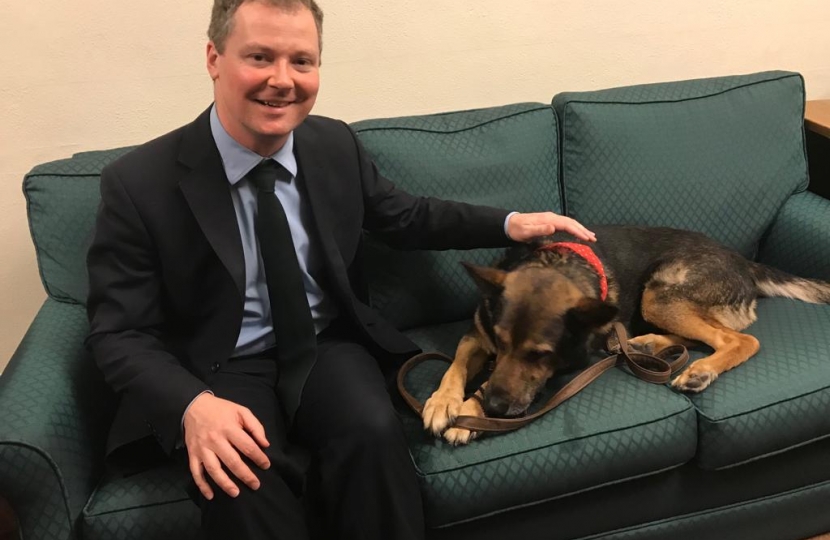 Neil O’Brien, MP for Harborough, Oadby and Wigston spoke in support of Finn’s Law in Parliament on Friday 8th February 2019.

Finn’s Law introduces new measures to prevent attackers of service animals from claiming self-defence under the animal welfare act. This follows an attack on police service dog Finn and PC Dave Wordell in 2016, in which a burglar attempting to flee stabbed Finn repeatedly with a 10-inch knife, as Finn sought to defend the Officer from harm.

Neil said, "I was pleased to be one of a small number of MPs present to put through this important piece of legislation to protect animals who are protecting the public"

One of the things that brought me into politics is a belief in the importance of law and order.