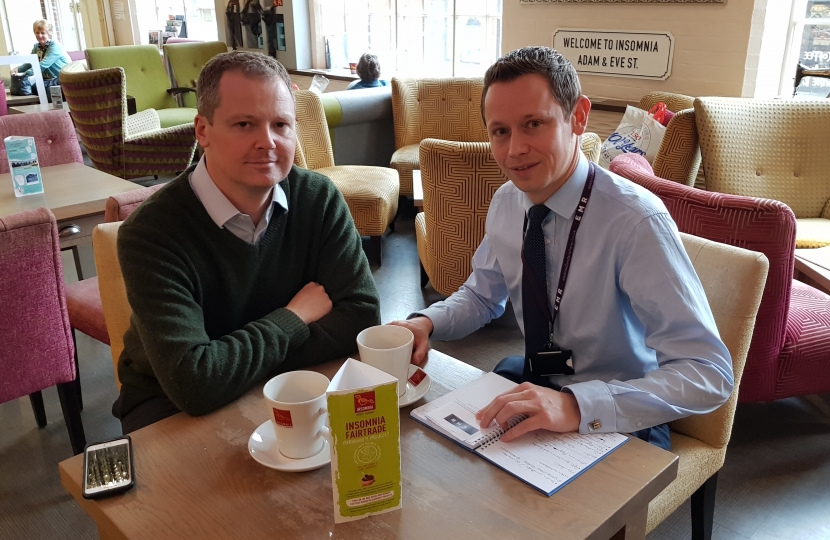 Neil said, “I know how well used the station is by residents from across the constituency, so it was a useful meeting to make the case for further improvement works. We’ve already seen millions invested into straightening the lines as well as other improvements to the car parks and canopies which is all very welcome, but I’m keen to see further improvements also.

We discussed a few different areas including the new cycle hub, more canopies to provide cover as well as when the extension to the car park would open. This is an important issue in particular for residents who live close to the station and often struggle to access their own driveways because of commuter cars.

I was also able to make the case for further improvements to the trains including better WiFi, better seats and the new timetable consultation, including later services into Market Harborough from Leicester.

It was a positive conversation and all of these points were well received, so I look forward to hopefully seeing further improvement works in due course.”

Neil O'Brien MP is encouraging constituents from across Harborough, Oadby & Wigston to complete a bus survey being carried out by Leicestershire County Council.