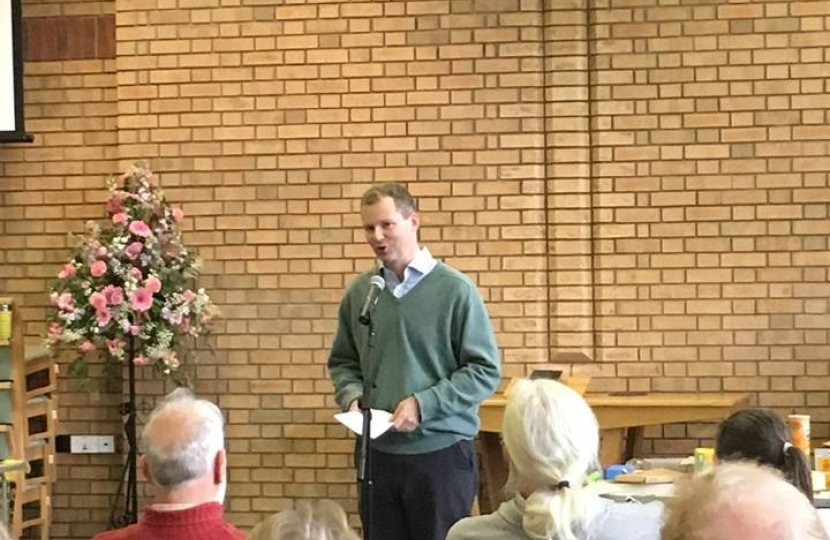 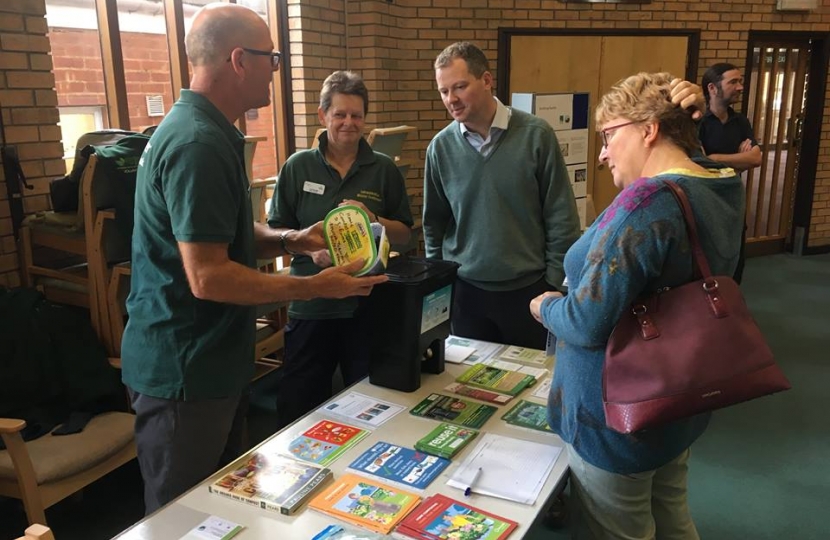 Neil O’Brien, MP for Harborough, Oadby and Wigston spoke at the Eco Church event in Market Harborough during his visit on Saturday 7 October. The Eco event at the Methodist Church, included crafts and activities for the children, information tables and displays on how to be Eco friendly, and Fairtrade products and tasting.

Neil O’Brien said: “There were some great stalls and people doing all kinds of stuff to improve our local environment.

Nationally we are making real progress on the environment. Since 1990, we have cut emissions by more than 40 per cent while our economy has grown by two thirds. In June we saw the first day where the UK got the majority of its electricity from low or zero carbon sources.

The most polluting fossil fuel, coal, is disappearing fast: it accounted for a quarter of our power output in 2015, a tenth in 2016, and just 2% this summer. In fact, in April the UK had the first day without coal powered generation, and the government has set a target to phase it out completely.

Furthermore, the government has set a target to end the sale of non-electric cars by 2040 and brought in a charge on the use of carrier bags - which has led to Britain using 83% fewer bags each year - so far it has led to nine BILLION fewer bags being handed out and binned. So less litter and waste.”