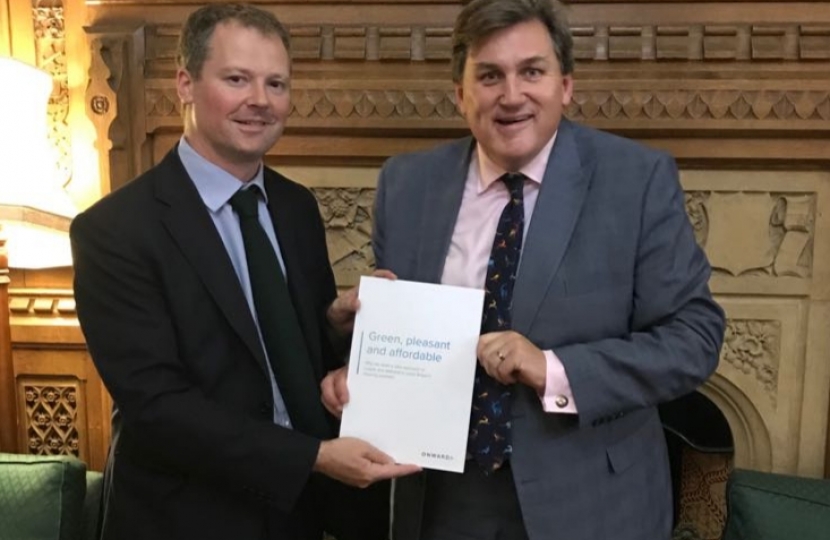 The housing paper titled ‘Green, Pleasant and Affordable’ was written by Neil O’Brien MP and published by new think-tank Onward, proposes a series of reforms to the current planning system to empower local communities and local authorities.

Mr O’Brien recently met in Parliament with Mr Malthouse to discuss the paper and some of the key recommendations contained within.

Neil said, “It was great to meet the newly appointed Housing Minister, to share some of the exciting ideas and reforms with him. We had a very useful conversation, which follows on the back of meetings I’ve already had to discuss the Paper, including at No.10 Downing Street.

It is widely known that the current planning system is broken. It favours developers over communities and too often, local authorities lack the relevant powers and levers to be able to pull to ensure more of the gains are felt by the communities that are most affected by development.

The Prime Minister has rightly made housing her priority, and my Paper contains a series of recommendations, largely guided by my experiences in Harborough, Oadby and Wigston over the last year, to help improve the current system. I’ll be continuing to discuss the ideas with Ministers and policy officials to help drive desperately needed improvements to the system”