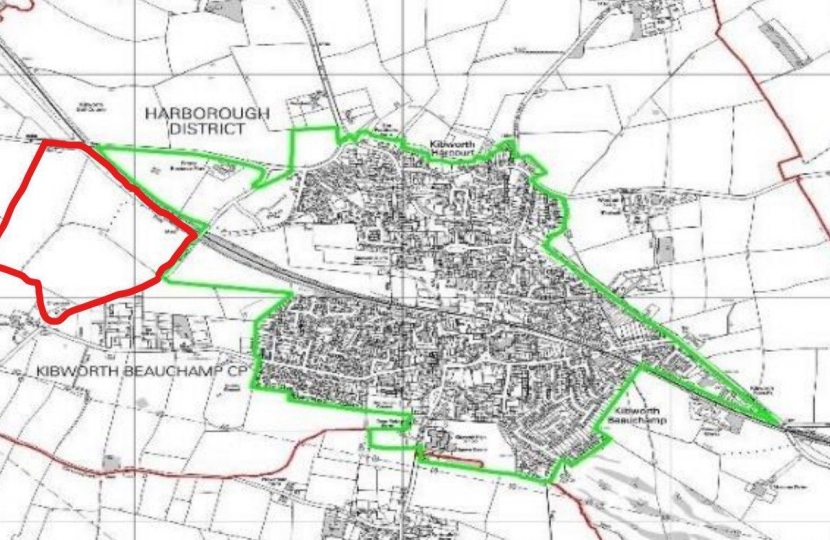 Neil O’Brien, MP for Harborough, has questioned housing developer Manor Oak Homes, following the announcement of their plan to apply for planning permission for a new estate of 400 houses, west of Warwick Road and south of Wistow road in Kibworth.

During a public meeting recently organised by Kibworth Beauchamp Parish Council, a representative of Manor Oak Homes, spoke about their proposals for the area – ahead of the adoption of the Harborough Local Plan.

“People in the Kibworths worked for three years on their Neighbourhood plan, and in January over 1,100 people voted to adopt it in a local referendum. But what is being now being proposed is a very large development, clearly outside the limits to development set by the Neighbourhood plan.

Harborough District Local Plan, which is about to come into force, also makes a clear choice not to make the Kibworths the focus of development, but instead to develop strategic sites elsewhere in the district instead to limit the growth of the Kibworths. This new proposal is in clear contradiction of the local plan put forward by our elected local councillors.

The developers themselves even acknowledged at the recent public meeting they were being ‘opportunistic’ with these proposals, which they are seeking to get permission on in the closing moments before Harborough’s local plan comes into force. This proposal is just a step too far, and goes way beyond existing development in the Kibworths.

Developers need to work in partnership with local councillors and residents, with trust and mutual respect. By seeking to shoehorn an application in which is contrary to the Local Plan just before its adoption, I fear the developers won’t be doing themselves any favours in this respect.

I know that local ward Councillors as well as the Parish Council are also continuing to monitor this situation very closely.

This summer I will be publishing proposals to reform planning law at a national level, because the imbalance of power between developers and the community is just not fair at the moment.”