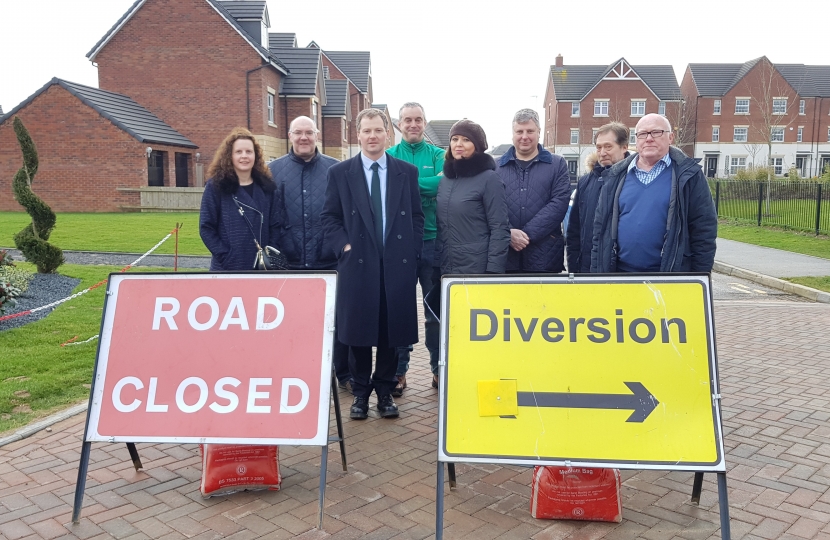 Neil O'Brien, MP for Harborough, Oadby and Wigston has backed residents who are campaigning against plans to route construction traffic through residential streets as part of the next phases of the Farndon Fields development.

Harborough District planning committee will be meeting on the 6th February to decide on how construction traffic should get access to the site.

Ahead of the meeting Mr O’Brien has met with the Farndon Fields Residents Group to hear their safety concerns about the developer’s plans to have traffic pass through residential streets to and from the new building site.

Residents have suggested a series of alternative routes that traffic could take to avoid passing down narrow residential roads. Residents are also concerned that developers have broken promises to limit mess and mud as part of developments currently underway.

Neil O’Brien MP said: "I understand and share the residents’ concerns about these plans. These roads were not designed to carry huge trucks and equipment, and developers current proposals would mean massive trucks trying to thread their way through narrow roads for years.”

“The developers proposal would see trucks passing close to about a hundred homes, and past a children’s playground. In the initial phases of clearing the site the developers have been perfectly able to get heavy vehicles onto it via a different route and not through the housing estate – that must also be the right approach for the long term.”

“Residents are being reasonable and have suggested a range of better options to access the site. I hope the council will press the developers to send their trucks a different way.”

“Residents are already concerned that the developers on the site already have not kept their promise to wash the wheels of construction vehicles. I’ve seen for myself how that leaves the roads looking like a mudbath some days, meaning people get dirt in their new homes. They must do better.”

“This isn’t about trying to stop the development of the new houses, but making sure it’s done safely. I and other residents have serious concerns about the plans to use Charley Way as an access point and would urge the Council and the Developers to ensure health and safety is at the forefront of the decision-making process.”