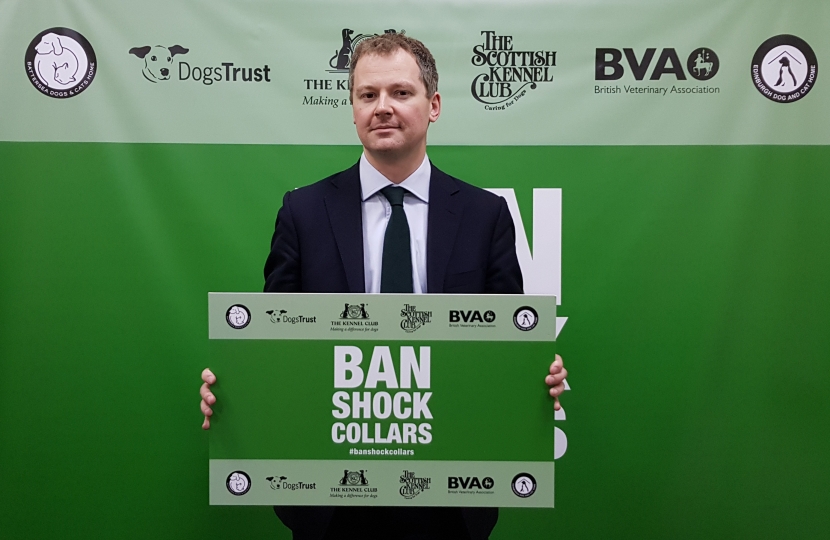 Neil O’Brien, MP for Harborough, Oadby and Wigston has backed a campaign, calling for a ban on the use and sale of electric shock collars. The collars are fitted around a dog’s neck and deliver electric shocks via a remote control or automatic trigger.

The campaign is being organised by various animal welfare charities, including Battersea Dogs and Cats Home, Dogs Trust and the Kennel club

Neil said, “I was pleased to attend the event in Parliament to support calls for a ban on the use and sale of these cruel and unnecessary devices. These collars are both detrimental to dog welfare and unpopular amongst the general public.

They train the dogs through fear of further punishment and cause significant suffering in the process. A study funded by DEFRA in 2011 showed this to have negative welfare consequences for some of the dogs, which is unacceptable.”

An independent study commissioned by the Kennel Club found that 74% of the public were in favour of introducing a ban on their use.